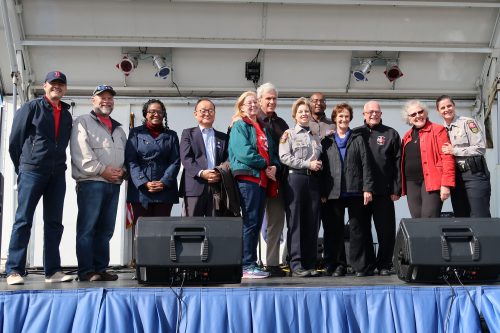 Several elected officials and other local leaders will show their support for the community by appearing at the Taste of Annandale next Saturday, Oct. 5.

Several awards will be presented, as well: to outgoing chair of the Board of Supervisors Sharon Bulova, outgoing at-large school board member Ilryong Moon, Mason Supervisor Penny Gross, Lt. Col. Gun Lee of the Fairfax County Police Department, and Norma Lopez of the Department of Community and Neighborhood Services who worked with local volunteers and the police department to organize the Taste of Annandale for the past five years.

The awards ceremony is scheduled for 10:45 a.m. on the main stage.

Other officials expected to be at the Taste of Annandale include Fairfax County Executive Bryan Hill, Rep. Gerry Connolly, Virginia Senate Minority Leader Dick Saslaw, Annandale High School Interim Principal Mark Merrell, and Supervisor Jeff McKay (Lee). Several candidates in the November election are likely to be there, too.

And don’t worry, there won’t be long speeches. But attendees will have a chance for informal chats.